When Rebecca Smedley first started Terpsichore’s Landing (a.k.a. Terps) in 1998, she was a sophomore dance student with a determinable spark, intent on presenting her own choreographic work before the year’s end. Although the Cornish dance department already had an annual student choreography showcase called New Moves, it was limited by audition, providing only 10 to 15 selected students the opportunity to exhibit their choreography annually. Not having been selected for New Moves that year, Smedley and three other sophomores including alumna Corrie Befort decided to take matters into their own hands. The dancers talked to then Dance Chair Kitty Daniels, who agreed to mentor the students in producing their own concert. The sophomores created the whole show, from auditioning pieces to organizing posters, publicity, and programs. Though they performed in the cramped studios of Kerry Hall, the show was a smashing success. Smedley and her peers were invigorated by the challenge of producing their own concert and grateful for the opportunity to present their choreography to the public.

Today, Terpsichore’s Landing remains a standing tradition and still takes place at Kerry, but in the larger PONCHO performance space. Once a concert for those not cast in New Moves, the show has become a choreographic endeavor in and of itself; many students now choreograph specifically for Terps each spring regardless of their participation in the fall New Moves production. Each year, a fresh board of student producers continues to work under a faculty advisor to organize the concert, making Terps a unique opportunity for performance as well as for professional practice, allowing students to prepare for the high demands of choreography, collaboration, risk, and self-promotion in the greater dance community. “Terpsichore’s Landing is a foreshadowing of the future,” wrote one of 2015’s producers, Abby Zimmerman, “a raw, surprising, first glimpse at choreographers and dancers we haven’t really seen yet.”

Choreographed, performed, and produced by students. This year’s show was adjudicated by Dayna Hanson.

Tickets are free. Due to the popularity of this show, advance reservations are recommended and can be made through Brown Paper Tickets. 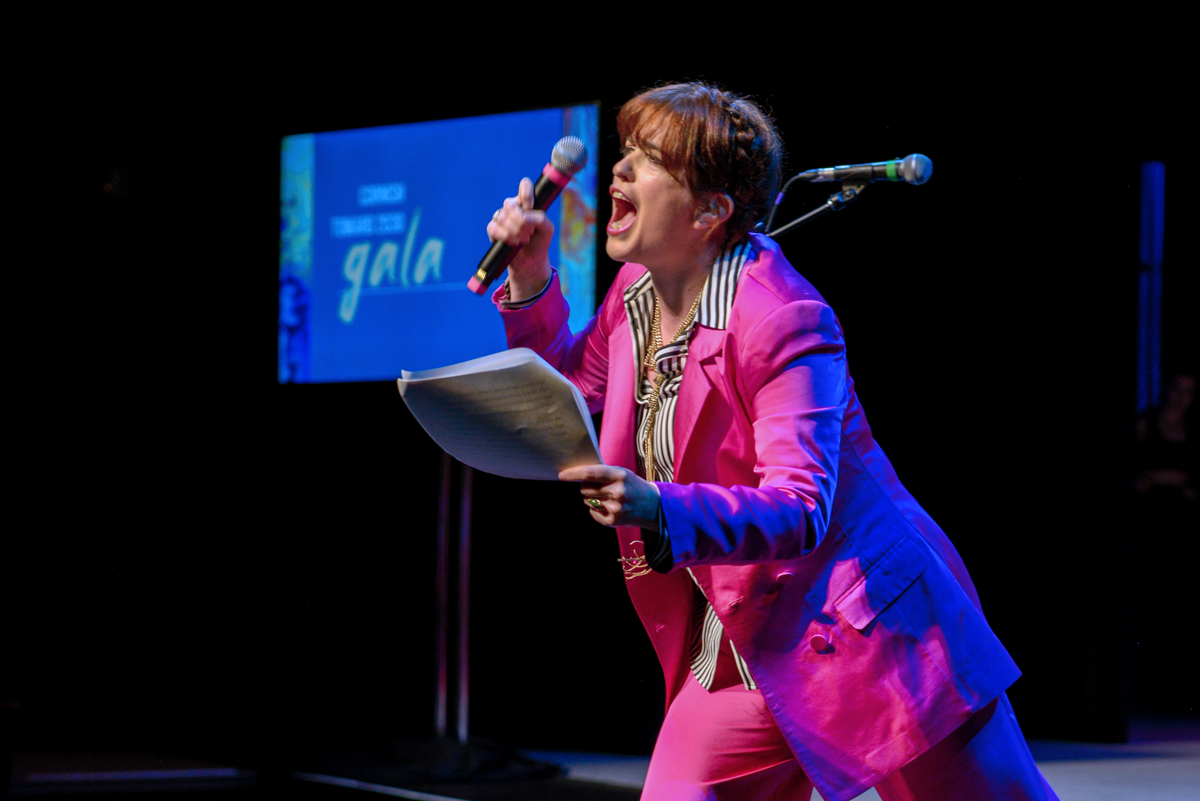