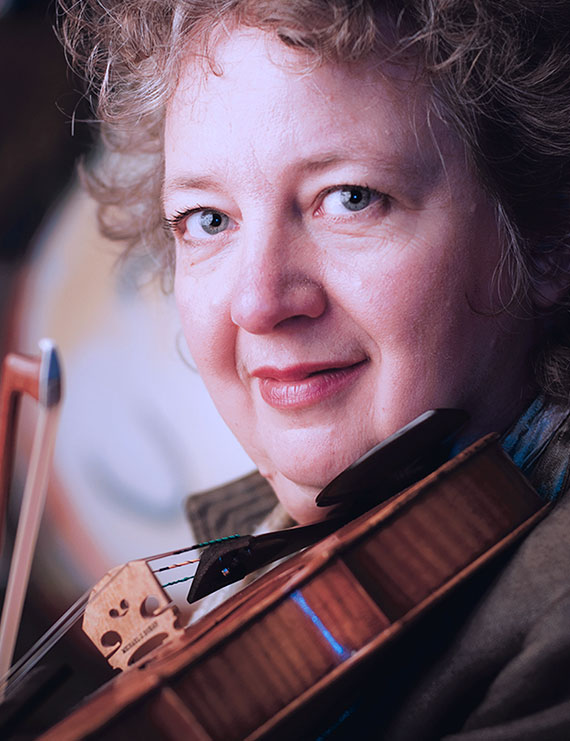 Seattle fiddler Ruthie Dornfeld’s vibrant, expressive playing is voiced in a wide range of traditional fiddle styles, from Celtic, American Old-Time, and French Canadian, Scandinavian, and Eastern European. She has performed and taught widely throughout the US, Europe, and South America. During her 15 year sojourn in New England, Ruthie studied at Berklee College of Music, was a member of the twin fiddle stringband The Poodles, the bluegrass band Boston City Limits, the Hungarian band The Pulis, was a mainstay on the contra dance circuit, and toured Europe with tapdancer Ira Bernstein and with the Copenhagen-based American Cafe Orchestra. Since returning to the Pacific Northwest in 1996, she has been a member of the French cabaret group Rouge, performs with guitar master John Miller, with the quintet Tangoheart, and for local contra and English dancing.