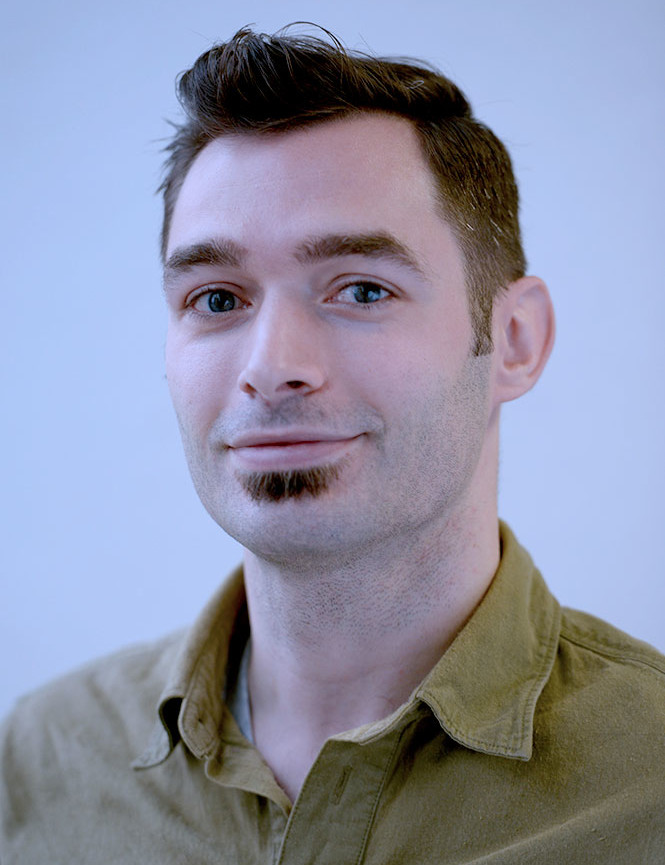 Kevin Goodrich is an interdisciplinary artist who works in painting, print, and multiples. His work explores the relationship between digital and traditional routes of image making. Sourcing from the everyday, his painting and prints examine connections between ideas of structure, the uncanny, and the language of reproduction.

Goodrich is originally from New York. He received his Master of Fine Arts degree at the School of the Art Institute of Chicago in 2013. He has been included in numerous group and solo exhibitions, including the “New American Paintings Exhibition” at the Elmhurst Art Museum in Elmhurst, Illinois, as well as at the Johalla Projects and 65 Grand, both in Chicago. Kevin was a Lecturer in the Printmedia department at SAIC before coming to Cornish College of the Arts.

MFA
School of the Art Institute of Chicago

BFA
School of the Art Institute of Chicago