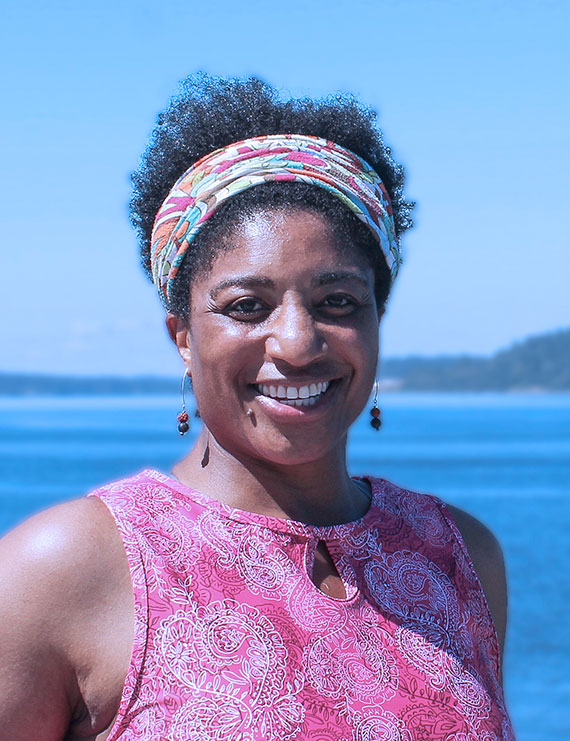 Claudette Evans, a student of yoga for more than 20 years, originally trained as a musical theater performer and was an athlete in her youth. She now spends her days as a yoga teacher, teacher trainer, and studio administrator. She is passionate about the study and practice of yoga, as well as the training and mentoring of its teachers. In her classes, she invites curious practitioners toward an experience of greater strength, sensitivity, freedom, skillfulness, and wisdom, so that they can cultivate greater connection in their lives. Claudette's classes create space for self-expression through body and voice, cultivate clarity of focus, and foster a joy of movement.

This self-described yoga nerd came to Sanskrit by way of her love of music, chanting, and philosophy. She began her Sanskrit studies in 2009 with the American Sanskrit Institute's (ASI) Weekend Immersion and Sanskrit by CD programs. She entered ASI’s Apprenticeship Program with Zoe Mai in 2013 and completed her training in 2014. Claudette enjoys studying classic texts, including the Bhagavad Gītā, and the Yoga Sūtra-s of Patañjali, and the grammar and philosophy found within. She shares the beauty of Sanskrit in her weekly classes and in workshops and yoga teacher training programs around the country.